We are open and operating during covid-19. Give us a call!
Skip to content

Home » Blog » How You Can Attract and Conserve Urban Wildlife

Last month, two bald eagles found themselves stuck together in a Portland tree for several hours. Officials from the Audubon Society and Oregon Department of Fish and Wildlife arrived to help free them.

While seeing one, let alone two, bald eagles in your tree may be a rare occurrence, the environmental problems associated with 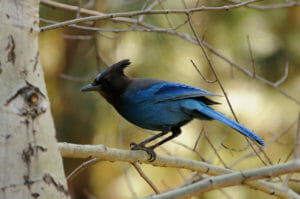 urban sprawl are an inevitability unless something is done about it.

Fortunately, urban biodiversity initiatives appear to be growing in number. For instance, the University of Virginia recently launched The Biophilic Cities Project, dedicated to integrating nature into urban life in the U.S. and abroad.

So, what’s all the fuss about?

A 2010 report stated that the population of 17 percent of North American bird species are in rapid decline, in part due to urban development. Urban areas were estimated to triple in its share of our planet’s surface from 2000 to 2030. Since we’re halfway there, it’s time to take action.

To counter the problems associated with urban development, conservation groups are promoting urban initiatives to nurture a healthy bird habitat. Part of that means picking the right trees. For instance, public officials in Baltimore, Maryland have stipulated that 80 percent of trees in the county have to be canopy trees, and half of those need to be oak. Why? Because oak trees attract well over 500 species of caterpillars, an important food source for birds.

Trees are so important for birds, for so many reasons. They provide shelter, food, water, and a nesting area. While public initiatives are taken to nurture our wildlife, there are things you can do on your own.

Plant a fruit tree. The buds on fruit trees are a spring food source for birds. While birds can eat the fruit directly, since they also attract insects, it offers multiple ways of feeding them.

Consider conifers. Coniferous trees are important for northern birds because they are an essential food source, but also provide winter shelter since they are evergreen trees.

Don’t forget deciduous trees. While they lose their leaves in the winter, spring fruit, flowers and buds are great for birds. Even the leaves that hit the ground in the fall are a food source for ground-feeding birds.

Go for diversity. Each type of tree or shrub has its own benefit to birds. If possible, diversify and plant a little of each to have the best of all worlds