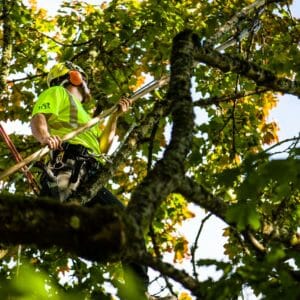 Fine pruning is a type of pruning that is primarily done for aesthetic reasons. Although, the health of the tree is improved during fine pruning, as dead and diseased branches are also removed. As the name implies it is more or less a fine tuning of the shape and structure of your ornamental trees.

Fine Pruning creates a visually appealing shape and helps the tree overcome environmental factors that are influencing its appearance, such as wind patterns, uneven light, or structures. This type of pruning is done to ornamental trees, which look best with a more organic shape. The ornamental trees that often requiring fine pruning are Japanese Maples, Small Evergreens, Evergreen Shrubs, Small Fruit Trees, and other small trees such as Dogwoods, Magnolias, etc.

The frequency of fine pruning depends on the type of tree and the goals of the owner. It varies from twice a year to every other year. Once a tree is put on a regular schedule, improved results are often seen for the first 3 years or so, before reaching the best possible growth pattern for that particular specimen. If the tree is taken off of a regular pruning schedule it often takes several years to reach past results of that tree. For these reasons, it is important to maintain your ornamental trees with a regular pruning schedule.

Fine pruning is primarily done with hand pruners. Although, sometimes taller trees are pruned with a pole saw. Cuts made in the tree are often under 1″ in diameter with the exception of an initial pruning where some larger branches may need to be taken out. The arborist many take special precautions between cuts when necessary to prevent the spread of disease. The results obtained during fine pruning rely almost exclusively on the experience of the arborist. Even the most well-taught arborist must prune the same tree several years in a row (usually 5-7 years) to see the effect his cuts have made on the appearance of the tree over time. The other major factor affecting results archived is the arborist’s eye for balance and aesthetics. It is a trait that cannot be taught and some arborist have and some do not. It is often the difference between a well-pruned tree and an absolutely picturesque tree. 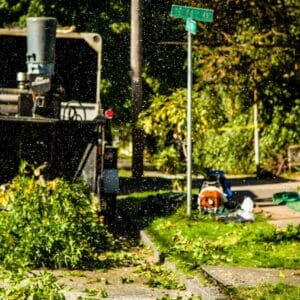 Because of the low danger level of this type of tree care, this is a service that some homeowners may consider doing themselves. If this is a path you are considering we suggest, along with a vigorous study of pruning techniques, having an initial pruning done by an arborist and doing the first maintenance prune under an arborist’s supervision before taking up the task solo. Once an improper cut is made it is most likely permanent and therefore you must keep your mistakes to a minimum.

At Urban Forest Pro we only use the most experienced arborists with an arborist’s eye for balance and aesthetics for our fine pruning projects. We provide a great value to our customers giving them the best possible results at a reasonable price.