We are open and operating during covid-19. Give us a call!
Skip to content

When treating a tree for disease, it is important to use an arborist with experience in doing so. This is because even if the arborist can correctly identify the disease/pest, there are a multitude of products out there, all at various price points. It is only through experience with these products that an arborist can know what works on that tree in this climate. Urban Forest Pro has several arborists and consultants with many years of experience diagnosing and treating tree diseases and pests in the Pacific Northwest.

What's better for pest control - organic or not organic?

Sometimes you want to go "au natural" when controlling pests in your garden or yard, and only an organic product will do. However, sometimes non-organic products are best—and not necessarily unfriendly to the environment.

For example, some non-organic bark sprays are better at permeating the tree (not the air around it), which is an eco-friendly 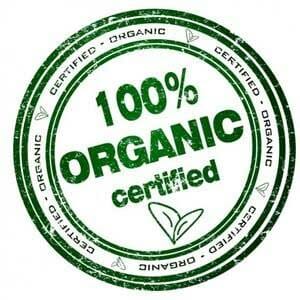 approach without being technically organic. Foliar sprays might come with an organic label, but when they’re being released into the air, suddenly they’re not as green as you’d like.

So, organic or not organic? There are pros and cons to either approach, and it’s important that landscapers, gardeners and contractors choose wisely. Consider this your cheat sheet to picking the best product for you, your landscape, and the environment.

Pro: (Sometimes) Better for the Environment

You may be able to lighten your carbon footprint, depending on the product and application. According to numerous studies, including from Montana University’s Agricultural Department, chemical pesticides stick around in the atmosphere longer than organic options. They also linger in waterways and in the soil well after the application is made. This can lead to a lot of collateral damage—organic pesticides may minimize environmental impacts.

Pro: Better for the Soil

Studies have also showcased that farmers who used chemical pesticides later saw a big change in soil health. Between 1940 and 1991, it’s estimated by the US government that trace minerals (the good stuff) in fruits and vegetables fell by over 75 percent due to unhealthy soil. Soil isn’t just necessary to simply grow plants, fruits and veggies, but it also contributes directly to the nutrients that you and your family might be depending on. Organic pesticides can help soil remain healthy—and that’s passed down to you and your dinner plate.

Pro: A Healthier You

According to studies published in the Pesticides Literature Review journal, chemicals have been strongly linked to a number of diseases and chronic illnesses. Cancer, reproductive problems and nervous system ailments have all been connected to the use of chemical pesticides. Childhood conditions are especially prevalent, such as leukemia, asthma and neurological disorders.

Anyone who’s debated the organic banana vs. the “regular” one at the grocery store knows that going organic is often going to cost you. Our pest control services start at $195. However, only you can make the call if it’s worth it or not for you and your needs. Think of the big picture and what you really want to accomplish.

Con: They’re Not Always as Effective

Chemical approaches to pest management became so popular because they’re cheap, fast and they work. Organic approaches might not always be as effective, but that’s also not always the case. Read reviews, get expert help and make sure you’re tackling pests the right way for the best results.

In the world of construction, it’s often said that you can only have two of three things: Speed, quality or low cost. Some might say the same is often true of organic pest management. Yes, chemical pesticides work at lightning speed—but at what cost? Some organic approaches might take a bit more time, but it’s worth it for some.

When choosing organic vs. non-organic options, keep an open mind and consider what end result you’d most like.

What do our customers think of us?

Urban Forest Pro has been great to work with. They visited my site/yard where there are several major projects and helped me determine what was most important to take care of now. They separated out the estimate so I could do the work in stages. All the staff has been really nice and very knowledgeable!

I have used Urban Forest Pro three times in the past four years and can't say enough good things about them. Not only is it easy to book online quote appointments, but they actually show up when they say they will and complete the work exactly as we discussed. Our property has a mini forest of extremely tall trees (100+ feet) that are difficult to work on. They have the technical expertise to climb to the very top to thin and safely lower extremely large limbs without damaging other trees or the house. They have also provided excellent advice on how to preserve some older trees that are showing signs of problems. Professionalism and expertise are the reasons why I will continue to use and recommend Urban Forest Pro.

We liked how Urban Forest Pro pruned a Deodar Cedar at our neighbor's house, so we gave them a try. And, our entire project from start (estimate) to finish was completed in a week. The estimator, Jeff, was very friendly and honest. The estimate was very reasonable. And, the 3-member crew was very professional in both pruning and cleanup.